Journey #3: King Solomon & the Building of the First Temple 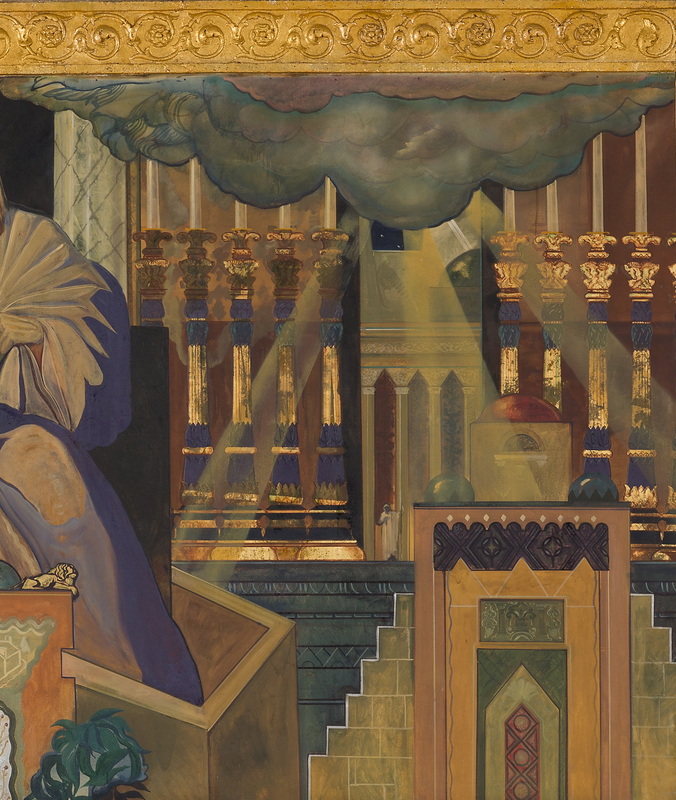 Mural Description From the Lectures of Rabbi Edgar F. Magnin, 1929-1930: "On the right of David is a suggestion of the Temple of Solomon with the ten golden candlesticks that were within, in accordance to the verses in the Book of Kings (Kings 7: 48-49). One also see two shafts of light coming forth from the cloud, symbolizing the Shehina or presence of God descending upon the shrine."
Read in Primary Text: Understanding Jewish History 1, Sol Scharfstein, Ktav, 1996, " Solomon, King of Peace", pages 34-35.
Enduring Understandings
Essential Questions:
Ideas to Discuss 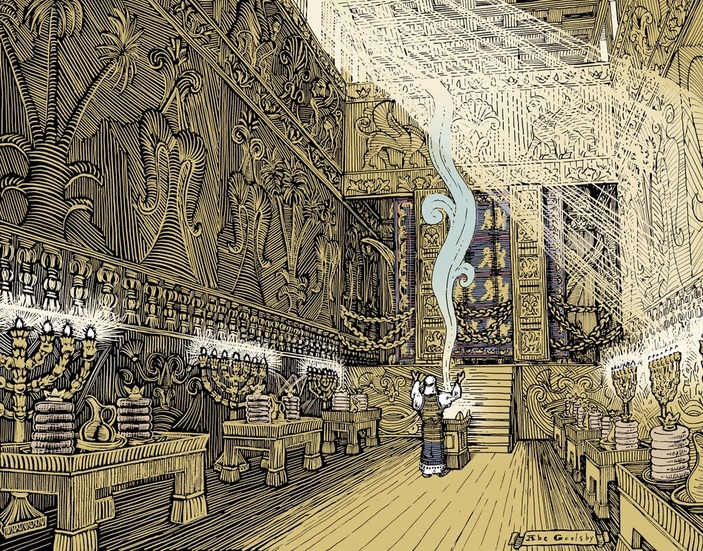 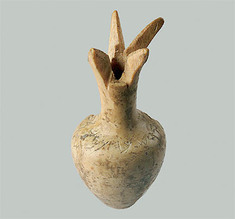 A sculpted pomegranate from Ancient Israel
ACTIVITY #1 How Do You Build a Temple in 950 B.C.E?
To strengthen his Kingdom through trade, Solomon created a partnership with the Phoenician King Hiram of Tyre, now in Southern Lebanon. Hiram was the same royal house that assisted his father David in building his own palace. As part of this alliance, a fleet of Phoenician flat bottomed boats were built at Solomon's main southern port at Ezion-geber, today's Elat. Soon large fleets of the these ships traveled on the Gulf of Aqaba to the east coast of Africa, where Solomon had discovered gold.  The books of Kings claims that in just one year Solomon received 666 talents, which is roughly 50,000 pounds of gold! (1 Kings 10:14). But Solomon had troubles crewing the ships as the Israelites have little experience on the water! Fortunately, King Hiram sent his sailors with the fleet of ships he built for King Solomon.

As new wealth streamed into the capital, the royal court grew and Solomon increasingly focused his attention on his construction projects. He began building the sacred Temple, which his father dreamed of, to replace the tabernacle--(the tent-like shrine where David placed the Ark), and provide a majestic, sacred home the Ark of the Covenant.

The Temple took seven years to complete. It was built of stone and cedar, carved within and overlaid with pure gold. When it was done, Solomon dedicated the Temple in a public ceremony of prayers and sacrifices.

In this activity students will closely read a section of the Biblical text (attached below) describing the building of the Temple. 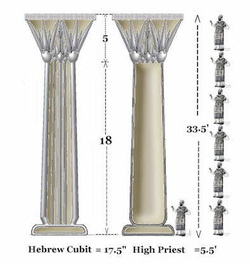