Journey #4: War and Trade in the Land of the Bible 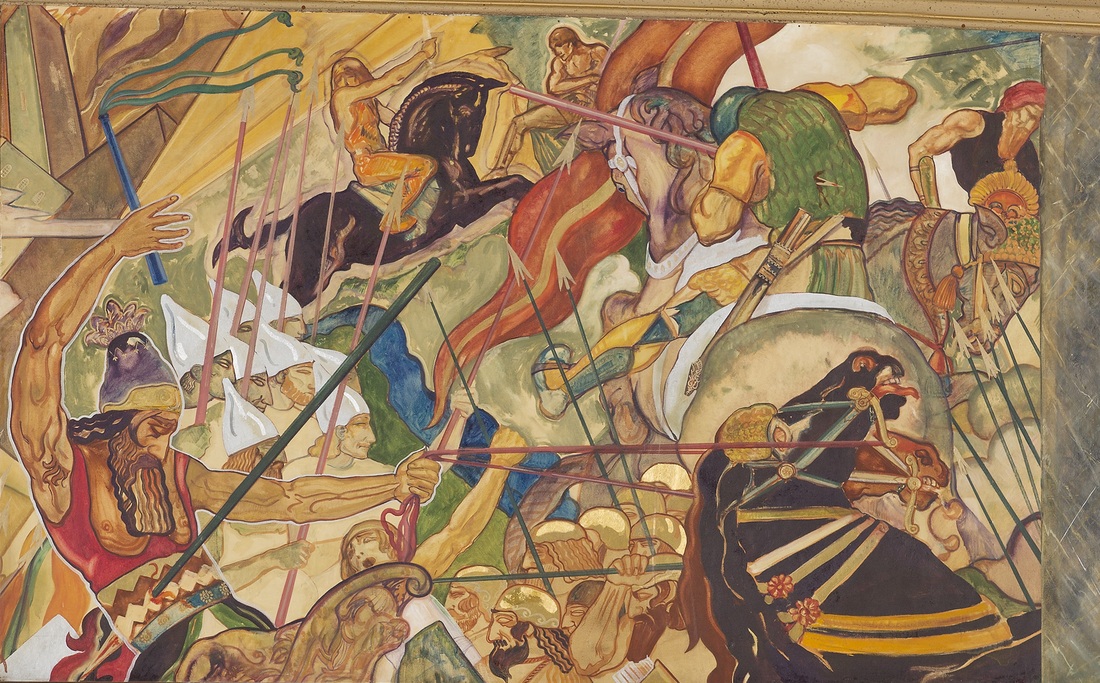 Mural Description From the Lectures of Rabbi Edgar F. Magnin, 1929-1930:  "This panel depicts the wars of Israel and Judah with the surrounding nations between the 11th and 9th century B.C.E.During this period there was continued strife, both defensive and offensive, with the Philistines, Moabites, Edomites, Arameans and Assyrians."
Enduring Understandings:
Essential Questions:
Read in Primary Text: Understanding Jewish History 1, Sol Scharfstein, Ktav, 1996.  The Seeds of Rebellion, pp. 36-37 and The Kingdom is Divided ca. 926 B.C.E. pp.38-39
Ideas to Discuss:
The map below shows the divided kingdoms of Israel and Judah and the surrounding tribes and kingdoms. 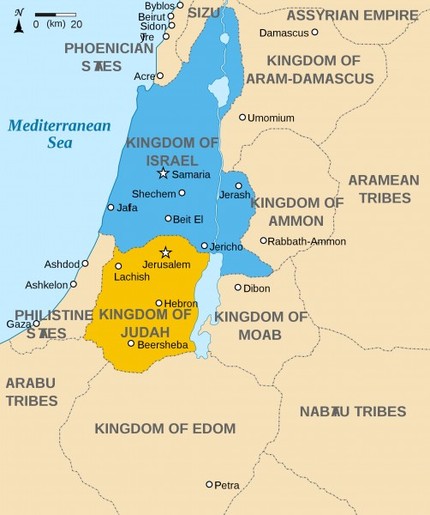 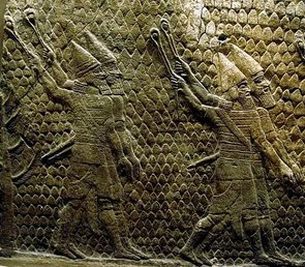 Activity #2  How to Read an Artifact
An artifact is an object made by a human being, typically an item of cultural or historical interest. By learning how to observe, analyze and interpret artifacts, we can understand more about the people who made them, and the times in which they lived. In this activity, students will analyze a common American artifact to discover what it reveals about the people who use it.
Click here for the Lesson Plan.
Archaeologists working in Israel and the Near East unearthed extraordinary artifacts that help us understand how the ancient Israelites lived, and interacted with their neighbors. In this lesson we will examine two archeological sites that illuminate the sometimes hostile, sometimes peaceful neighbors of the Israelites, through evidence of war and trade between them. 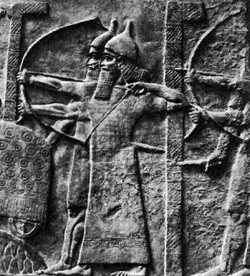 Archaeological Evidence of War in 7th Century Israel:  What Happened at  Lachish?
Illustrations of  Lachish in Judea  & Ninevah Temple in Ancient Assyria 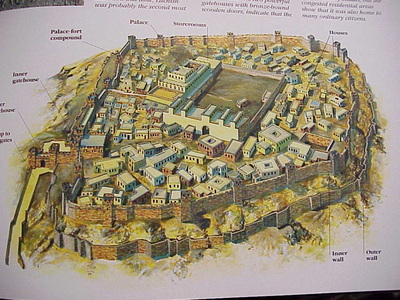 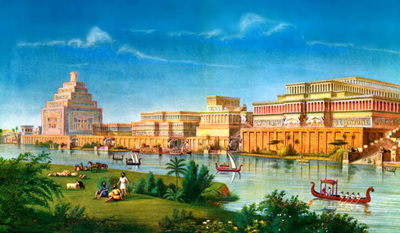 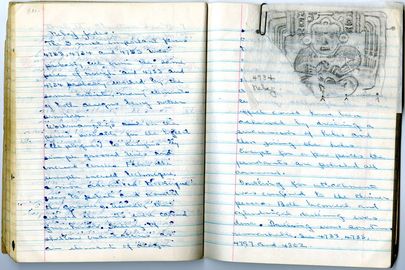 Activity #3  Create an Archaeology Field Notebook Describing the Lachish Carvings
Relief Sculptures Showing the Battle of Lachish, 701 B.C.E.
A RELIEF SCULPTURE is a work of art which is carved into a material like stone, or wood or clay to  give the impression that the sculpted material has been raised above the background.  These remarkably well preserved artifacts were found on the walls of the Temple of Nineveh.  The carvings were removed and are now preserved in the British Museum. The images below will be enlarged when you click on them.
Click here for additional images from Lachish in a slideshow. 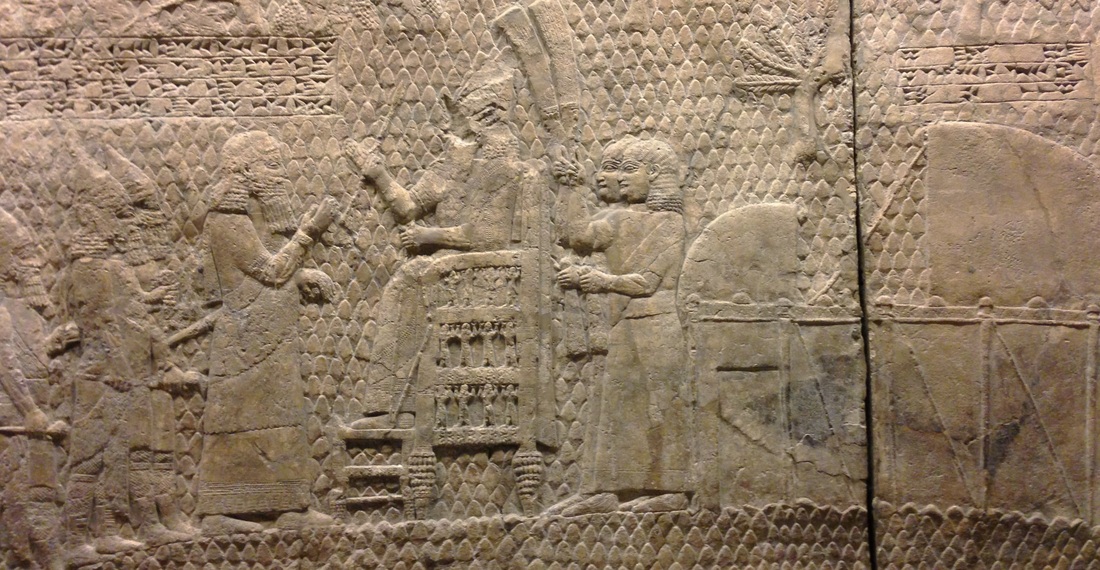 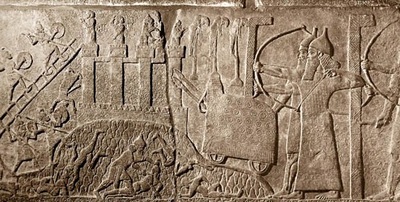 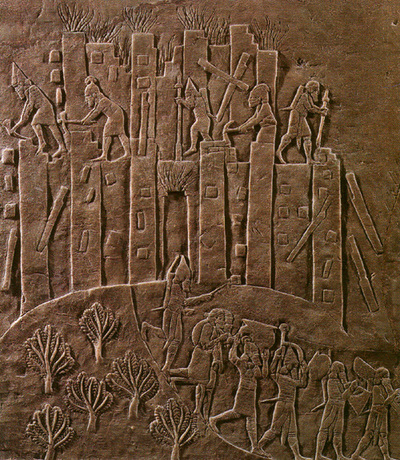 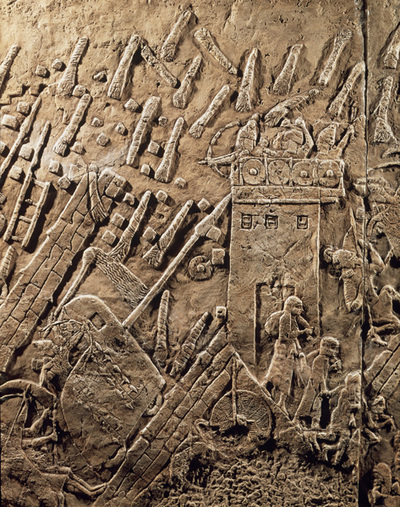 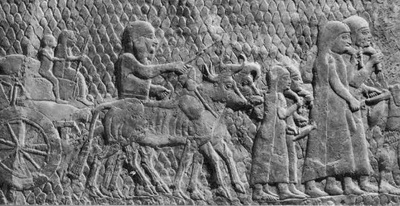 Relief Descriptions:
Relief Section A: This relief carving from Temple of Ninevah is significant as it has an inscription which identifies the location depicted in the reliefs. It reads: "Sennacherib, the mighty king, king of the country of Assyria, sitting on the throne of judgment, before (or at the entrance of) the city of Lachish (Lakhisha). I give permission for its slaughter."
Relief Section B: This section shows the types of warfare, weaponry and armor: archers, ladders scaling the walled city, the shields and hand to hand combat.
Relief Section C: The city being destroyed while captives are being lead away from the fallen city.
Relief Section D: "This is a close-up of a part of the Sennacherib reliefs depicting the fierce fighting in the main attack on the gate and walls of Lachish. The battering rams were moved over specially constructed ramps, covered by wooden logs. In a desperate attempt to stop the battering rams the (Israelite) defenders fling down lighted torches. The battering squads counter this by pouring water oover the exterior of the machines with what looks like long ladles. Captured women and children are shown passing the bodies of prisoners." Source: Yigal Yadin
Relief Section E: Children captives being led away from the destroyed city of Lachish.
Additional resources about Lachish: "Why Lachish Matters", Biblical Archeology Society
https://www.jewishvirtuallibrary.org/jsource/Archaeology/lachish.html
https://en.wikipedia.org/wiki/Lachish_letters
Activity #4  The Secrets of  Bones, Seeds, Metal and Pottery and What They Tell Us of Ancient Trade:
What Did Archaeologists Discover in the Ancient Ashkelon Marketplace?
The Philistine Marketplace at Ashkelon
Between 700 and 600 B.C.E. the peoples who lived in the Near East: Canaan, Mesopotamia, Assyria and around the Mediterranean Sea, had shifting relationships--sometimes they were fighting over territory and power, in other times the kingdoms actively traded goods with each other and formed important economic alliances.

We know about these relationships--both hostile and economic--through biblical text, as well as through the material remains that archaeologists dig up, analyze and interpret.

In this activity we will explore the remains of the ancient marketplace in Ashkelon to understand what it tells us about buying and selling and the commercial connections between people in 600 B.C.E. 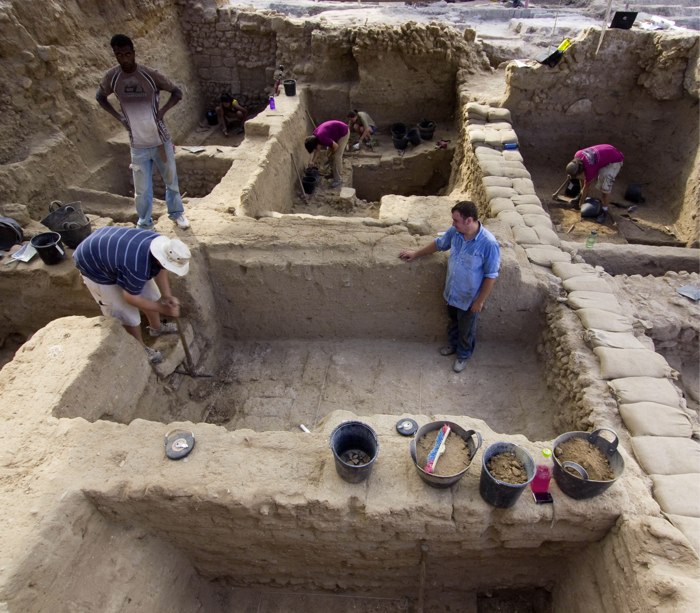